Bitcoin and other Cryptocurrencies

What you need to know about cryptocurrencies as the virtual money industry gains in popularity.

What is a cryptocurrency?

The number of cryptocurrencies available to buy and sell has risen from 66 in 2013 to 1,500 in 2019 and to more than 6,000 today. The ten most important cryptocurrencies other than Bitcoin are Ethereum, Litecoin, Cardano, Polkadot, Bitcoin Cash, Stellar, Chainlink, Binance Coin, Tether, and Monero.

A comprehensive definition of cryptocurrency is virtual or digital money that takes the form of tokens or “coins.” While some cryptocurrencies have ventured into the physical world with credit cards or other forms, most remain intangible.

Most Cryptocurrencies are designed to be free from government manipulation and control, although as they have grown more popular, this foundational aspect of the industry has come under fire.

Bitcoin was the world’s first decentralised cryptocurrency and is still the most popular, have the most extensive user base and market capitalisation.

What is Bitcoin and how does it work?

On January 3, 2009, Bitcoin was introduced by an anonymous computer programmer (or group of programmers) under the pseudonym “Satoshi Nakamoto”. It is alleged that he owns or holds

1-million-bit coins, but as the identity of the person or persons who created the technology is a mystery, it is yet another unfounded truth of the coin itself.

The Bitcoin network is a peer-to-peer electronic payment system that uses a native cryptocurrency called bitcoin to transfer value over the internet or act as a store of value. This storage characteristic has been in comparison to gold and silver.

Bitcoin has a fixed supply of 21 million bitcoin, and the bitcoin in circulation cannot be destroyed.

Holders who store their own bitcoins have complete control over them. Without the holder’s cryptographic key or token, these bitcoins hold no value.

Users can lose bitcoin and other cryptocurrency tokens due to theft, computer failure, loss of access keys, and more. Users must ensure that passwords or private keys are not lost, as they are irreplaceable.

Once the 21 million coins have been mined, it has been insinuated that the total in circulation may fall as some may be lost in cyberspace forever.

One of the safest ways to hold bitcoin is to use “Cold storage” or offline wallets (Paper, storage devices like USB drives, CDs, or bank vaults). They are not accessible via the internet but not very convenient.

The most convenient is to keep it in a “digital wallet” that is hardware-based, like a computer desktop, or mobile phone. The wallet is only accessible via a set of “private keys” if the owner does not lose the key or having the key stolen. It would be best to keep in mind that a computer device can be hacked and information stolen, or the hard drive can crash, causing a loss of information if not backed up.

Bitcoin mining is the way transactions using the cryptocurrency are validated and how new bitcoins are added into circulation.

Each bitcoin comprises of 100,000,000 Satoshis (the smallest units of bitcoin), making individual bitcoin divisible up to 8 decimal places. Bitcoins are either “mined” by a computer through solving mathematical problems, or algorithms are used to verify transaction blocks to be added to the blockchain.

As bitcoin is intangible, value is transacted directly between the sender and the receiver, and there is no need for banking intermediaries to facilitate the transaction. Transactions are recorded on a Bitcoin “blockchain” ledger through a process called “mining.” Miners make the Bitcoin payment network trustworthy and secure by verifying transaction information. Miners are provided with a small number of bitcoins. Currently, miners receive 6.25 bitcoins each time they mine a new block.

Seek financial advice before you look at investing in Cryptocurrency

ASIC has recently issued a warning and urged Australians to avoid investing in crypto asset related financial products through unlicensed entities, such as options and futures. If you are dealing with a licensed entity, you have investor protections in place.

The sale of binary options to retail clients was recently banned in Australia under an order that will remain in force for 18 months, after which it may be extended or made permanent.

The ACCC has also recently reported that losses to investment scams involving Bitcoin have already reached $25.7 million this year, compared to $17.8 million across 2020, representing a 44 percent increase.

Please ensure you seek financial advice before you look at investing in Cryptocurrency.

At Profacc Accountants, we offer financial advice in many forms. Keen to know more about whether cryptocurrency is the right investment for you? Find out more by getting in touch here.

Get in touch with us with no obligation FREE consultation

Accreditations, memberships and standards of practice. 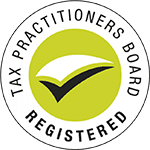 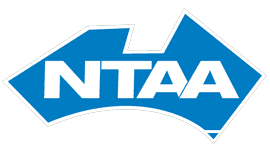 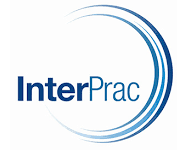 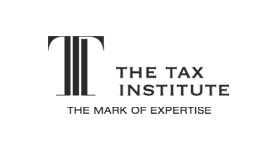